Electrify Your Strings! “The Ultimate Tour” with Mark Wood

*This concert previously sold out, so get your tickets early. 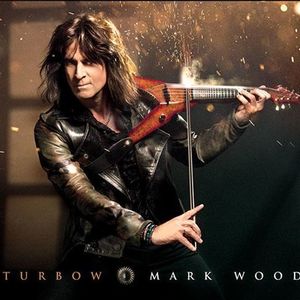 About Electrify Your Strings!

Electrify Your Strings!™ (EYS) is a music educational phenomenon that FIRES UP students, teachers, and local communities by injecting a high voltage dose of rock into a school’s music education program. The intensive rock and roll workshop for education departments boosts student self-esteem and motivation, increases school-wide, family and community engagement.

Conceived by world-renowned musician, Emmy-winning composer, and electric violinist Mark Wood, EYS will be celebrating its 20th year of rocking schools and universities across the nation during the 2019-2020 school year. From the prestigious Juilliard School of Music in New York to low-income districts such as Nogales High School in Arizona, the premise is simple – Wood works with a school’s music director to tailor design a one-to-two day rock orchestra makeover culminating in a live performance at the end of the experience. Profits from tickets sold to the event directly benefit the school’s music programs. The musical selections are surprising – and include Wood’s own compositions and arrangements of classic rock and contemporary music such as Ozzy Osbourne’s “Crazy Train,” Led Zeppelin’s “Stairway To Heaven,” and the Rolling Stones’ “You Can’t Always Get What You Want.” For schools that want to go all out – Wood and his team of Artist Mentors will also design an accompanying program for the school’s choral and/or band departments.

Like so many great ideas – EYS is a coming together of innovation and circumstance. The program began in 2001 when a music educator approached Wood with the idea of composing a piece of music especially for her high school orchestra and outfitting them with an assortment of Viper electric violins, violas, and cellos custom-built by his company Wood Violins. Their first performance included young musicians and singers from kindergarten through 12th grade and the program continues to this day.

Inspired by the success of this first program and his interaction with the students, Wood formed EYS. The traveling rock orchestra workshop initially met with some resistance among traditional music educators, more accustomed to teaching Chopin than Zeppelin. But teachers soon found that EYS provided a new way to connect with and inspire their students by incorporating technology that expands their perception of what they can do with their instruments, all while raising money for their school. It wasn’t long before educators across the country embraced the EYS program and invited Wood to serve on the board of the American String Teachers Association (ASTA) and grace the cover of American String Teachers Magazine.

Wood – with his distinctive rocker style – may seem an unlikely choice to inspire high school orchestra students but scratch the surface and you’ll see why students, schools and educators are turning to him to breathe new life into their music programs. The Juilliard-trained performer, Emmy-award winning composer and internationally acclaimed electronic violinist (PBS dubbed him “the Les Paul of the violin world”) has shared the stage with some of the most well known musicians of our time including Trans-Siberian Orchestra (he is an original member), Billy Joel, Paul McCartney, Steven Tyler, Kanye West, and Lenny Kravitz, but it’s his ability to inspire students that makes him a truly great educational motivator. The students in turn, inspire him. For the past decade he’s devoted himself to improving music education – one school and one student at a time.

With hundreds of thousands of students reached, millions of dollars raised to help school music departments across the US, and dozens of school orchestra programs saved from the chopping block because of funds raised through EYS concerts, EYS has established itself as a force to be reckoned with. Equally important is that EYS is able to change the perception of the “antiquated” view of traditional orchestras.

Today EYS visits upwards of 75 schools per year and there is a waiting list of schools wanting to participate. The organization has been featured on The Today Show and CBS Evening News and in countless local media outlets. But for Wood, it’s all about the students. “We know that music has the power to change lives and with EYS I have the opportunity to witness that at every workshop. You give a quiet string student an electric violin and they become a rock star before your eyes.” Wood continues, “It’s not about turning students into professional musicians – though if that’s the path they choose, great. It’s about empowering them to dream big, take chances and break down barriers so that they can achieve success in any field.”

A true family business, Wood and his partner and wife Laura Kaye run their operations out of their home in New York. In addition to EYS, the Wood family runs the annual Mark Wood Rock Orchestra Camp and Music Festival, The Mark Wood Music Foundation (a 501-C3 dedicated to supporting music programs in underserved communities), and Wood Violins, the premier manufacturer of electric string instruments worldwide. Wood holds the patent for the first-ever self-supporting violin, writes and records original music for film and television, has released six solo albums, regularly tours with world-known recording artists, and tours with his band The Mark Wood Experience which features vocalist Laura Kaye.